Enjoy one of the new luxury experiences on offer at Shaw Wines, Murrumbateman. 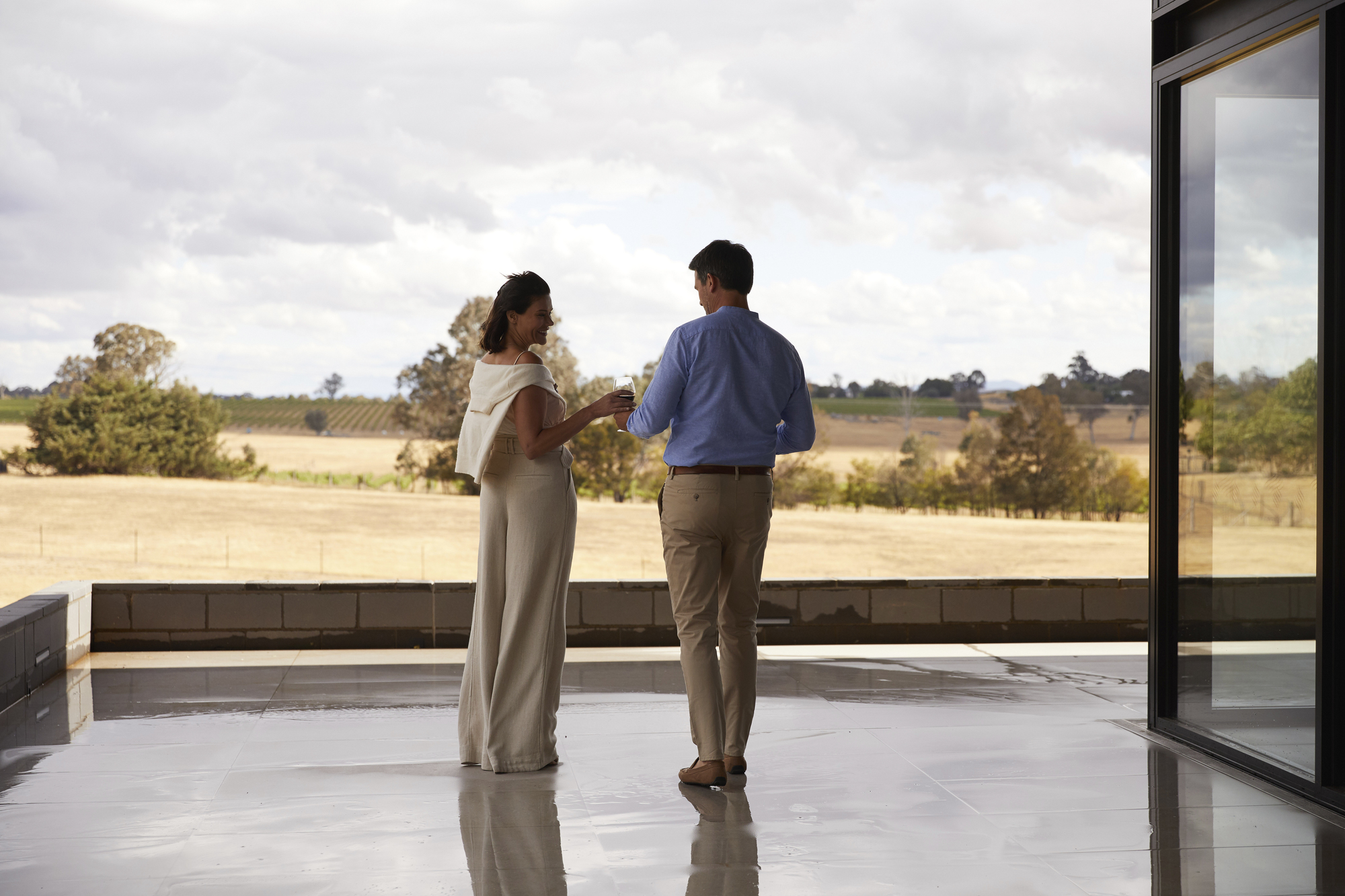 News 3 months ago | BY Destination NSW

Enjoy one of the new luxury experiences on offer at Shaw Wines, Murrumbateman.

Sydney is set to sparkle even brighter with a revitalisation of the CBD planned by the City of Sydney and NSW Government this summer. Supporting the city’s recovery efforts after last year’s lockdowns, the new plans include funding live music, performance and art in hospitality venues; funding public art in laneways; allowing more alfresco dining; and keeping Sydney’s cultural organisations open late into the evening.

Sunset Piazza is a new outdoor concert series that runs until 21 March at a pop-up stage at Cathedral Square. Tickets are just $25 and there will be 32 performances including Peking Duck, Ben Lee, Sneaky Sound System and more, along with outdoor dining and drinks. You can also head to the Barlow Street Forest to discover a micro-forest in the heart of Haymarket; and look out for Sydney-based artist Adam Norton's giant nostalgic badges pinned up around Barrack Street.

South Coast music and arts festival Four Winds will return to Barragga Bay for the 2021 Easter weekend. Launching Friday 2 April and finishing on Sunday 4 April, this year’s Four Winds Festival theme is ‘Reconnect’ and will feature a range of performances, from English Baroque to Candelo folk, from Middle Eastern song to contemporary dance, from Yuin culture to ancient Greek tales, and from romantic poetry to Ravel piano trios. Free shuttle buses are available to and from the festival from Bermagui, just 15 minutes away.

It’s wine time in the Canberra District. Family-owned and operated Shaw Wines has launched two new luxury tasting experiences to take wine appreciation to new heights in Murrumbateman. The Premium Private Cellar Tasting includes four Reserve wines to try using a set of Riedel varietal glasses — yours to take home after the session — plus a glass of Estate wine and a vineyard platter ($275pp; Wednesdays and Thursdays only). Elevate your tasting with The Shaw Escape, including a private plane ride for up to six people direct from Sydney to Canberra; a private helicopter ride landing directly beside the Shaw vines; seated wine tasting; and three-course lunch with your choice of Shaw wines in the private cellar before returning home (from $2750pp).

A new sun-filled café has opened at the heritage Coolamon Railway Station, in the country town of Coolamon in The Riverina. The Station Collective celebrates coffee, conversation and community, and on the menu expect house-made cookies, delicious lunches and iced tea made with native Aussie ingredients.

The Khancoban General Store will open in February with a wonderful new café and providore and much more. It’s been closed since 2016, but now a new refurbishment will see this Snowy Mountains gem supplying coffee and fresh produce to the community once again.

On the banks of the NSW edge of the Murray River is Perricoota Station, a popular wedding destination with The Packing Shed function area and spacious five-bedroom homestead. A new addition is The Quarters, boutique accommodation inside an original collection of buildings on the property. The thoughtful restoration retains the rustic heritage and brings a contemporary style reflecting the hues and textures of this beautiful region.

In the heart of Holbrook, a small town in southern NSW, a light and bright cottage circa 1880s has been restored for holiday accommodation. Step inside 6 Hume Street to discover three bedrooms with plush, country style, a well-equipped kitchen and relaxing lounge with books, puzzles and memorabilia. Holbrook is a pretty town to explore, boasting museums, galleries, boutiques and right near Woomargama National Park.

Gain a deeper connection to the important Indigenous, migrant, colonial and industrial history as you travel NSW with the new Yesterday Stories app and website. The new interactive map shares video stories from locals about significant landmarks, art, monuments and poignant personal memories of the area. Locations are continually growing, but current destinations include the Female Factory in Parramatta, the Bega Cheese Factory, the Old Goulburn Brewery and more. The app also allows users to upload their own stories to share, and a heritage trail is in development to connect these stories on a path together.

After a decade-long hiatus, Qantas resumes flights between Melbourne and Newcastle from 1 February, flying 12 return services per week including early morning flights from both airports. The revived route comes after demand for regional travel has increased, and more routes from Melbourne to regional NSW airports are being introduced including Merimbula also from 1 February, and Wagga Wagga and Albury from 28 March. 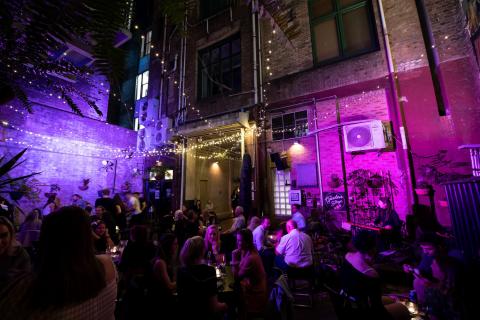 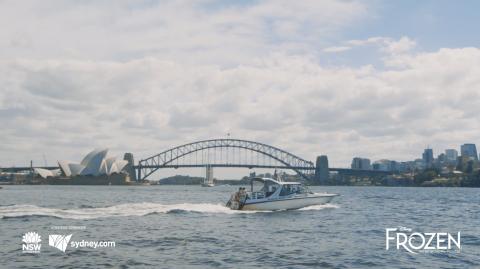 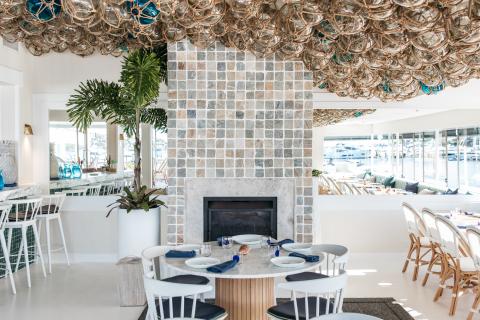 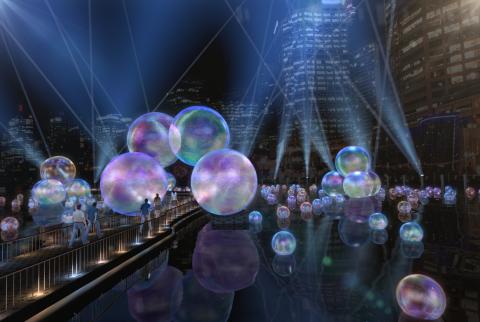 Counting down 100 Days to Vivid Sydney 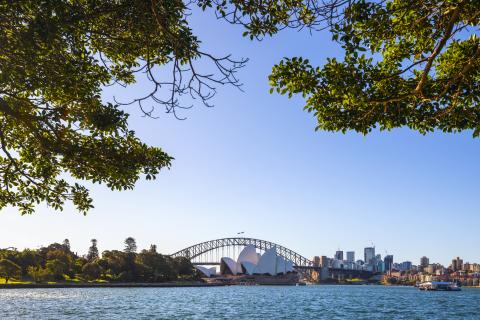 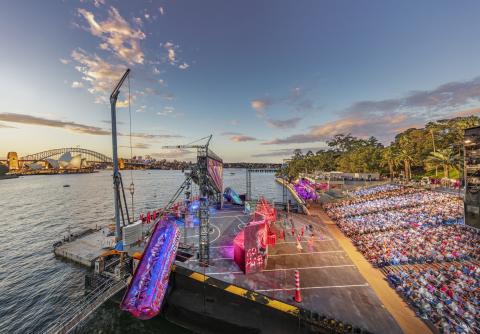 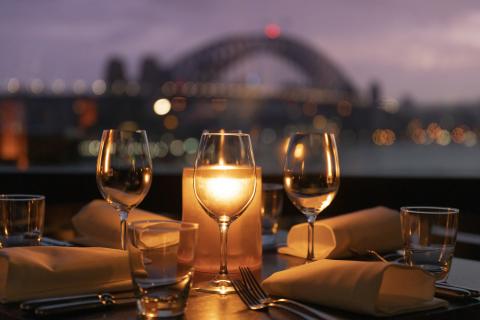 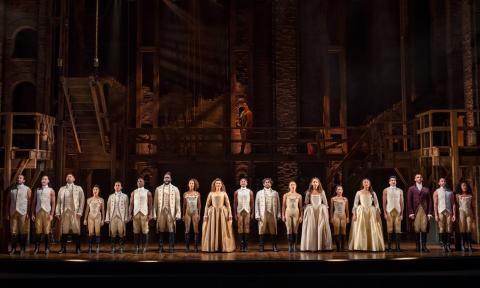 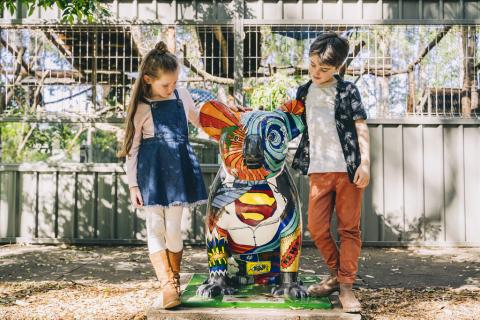 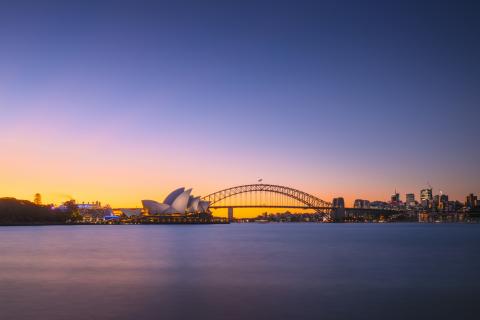 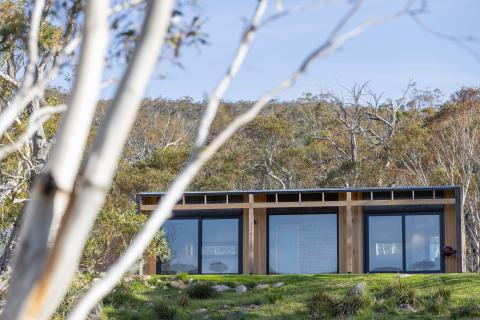 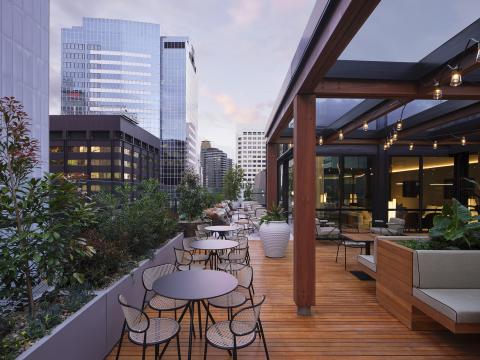 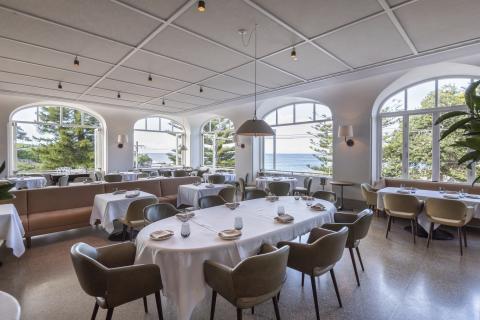 New stays for your next NSW road trip 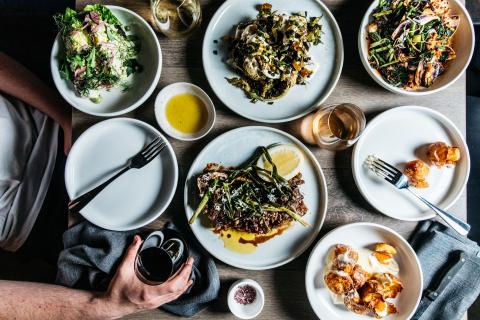 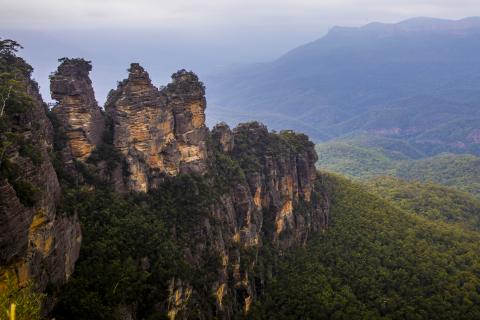 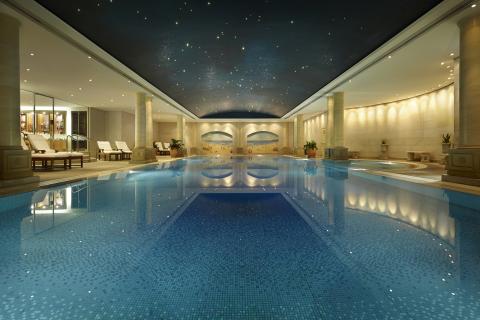 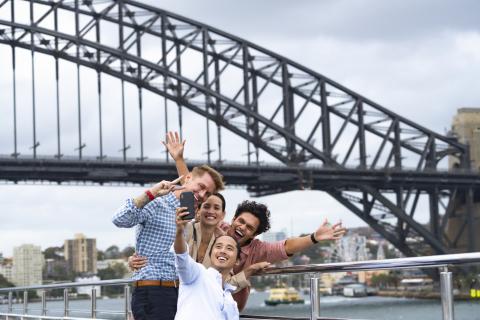 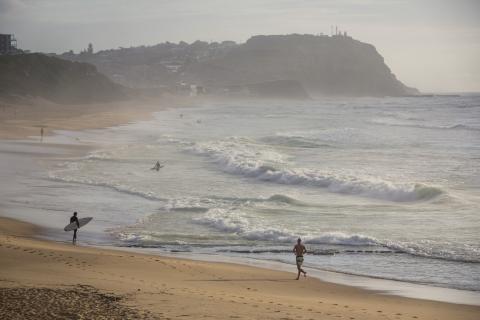 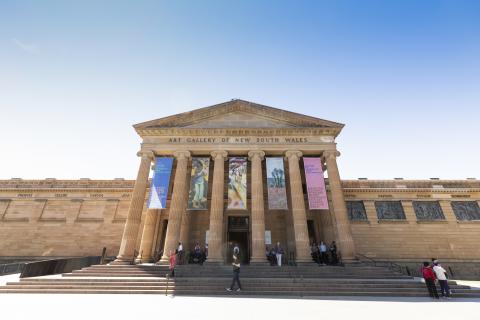 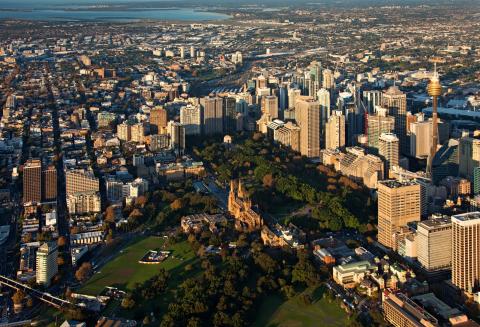 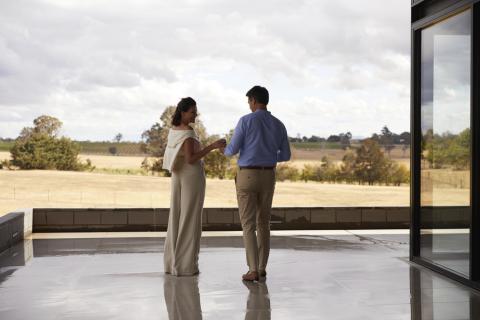 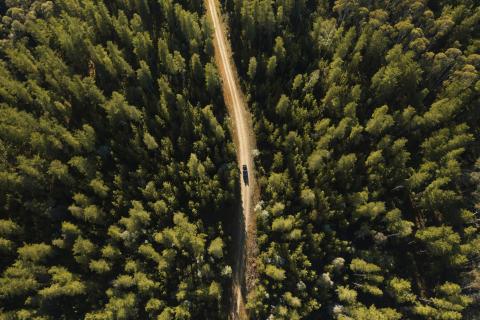 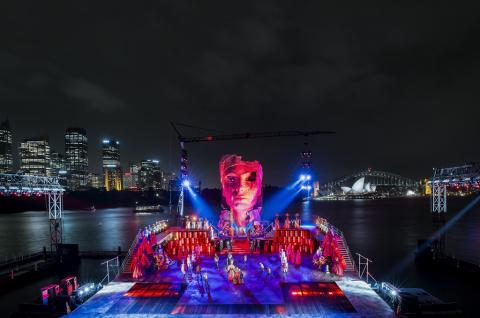 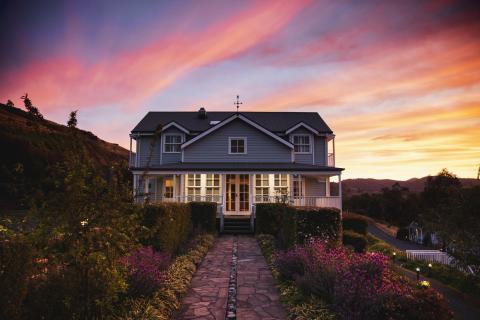 Since I Left you, SILY, Sydney Solstice 2021, Sydney CREDIT: Time Out and Cassandra Hannagan

15 bars in the CBD’s buzzy new small bar precinct around York, Clarence and Kent streets, known as YCK Laneways, includes Sammy Junior and Since I Left You. 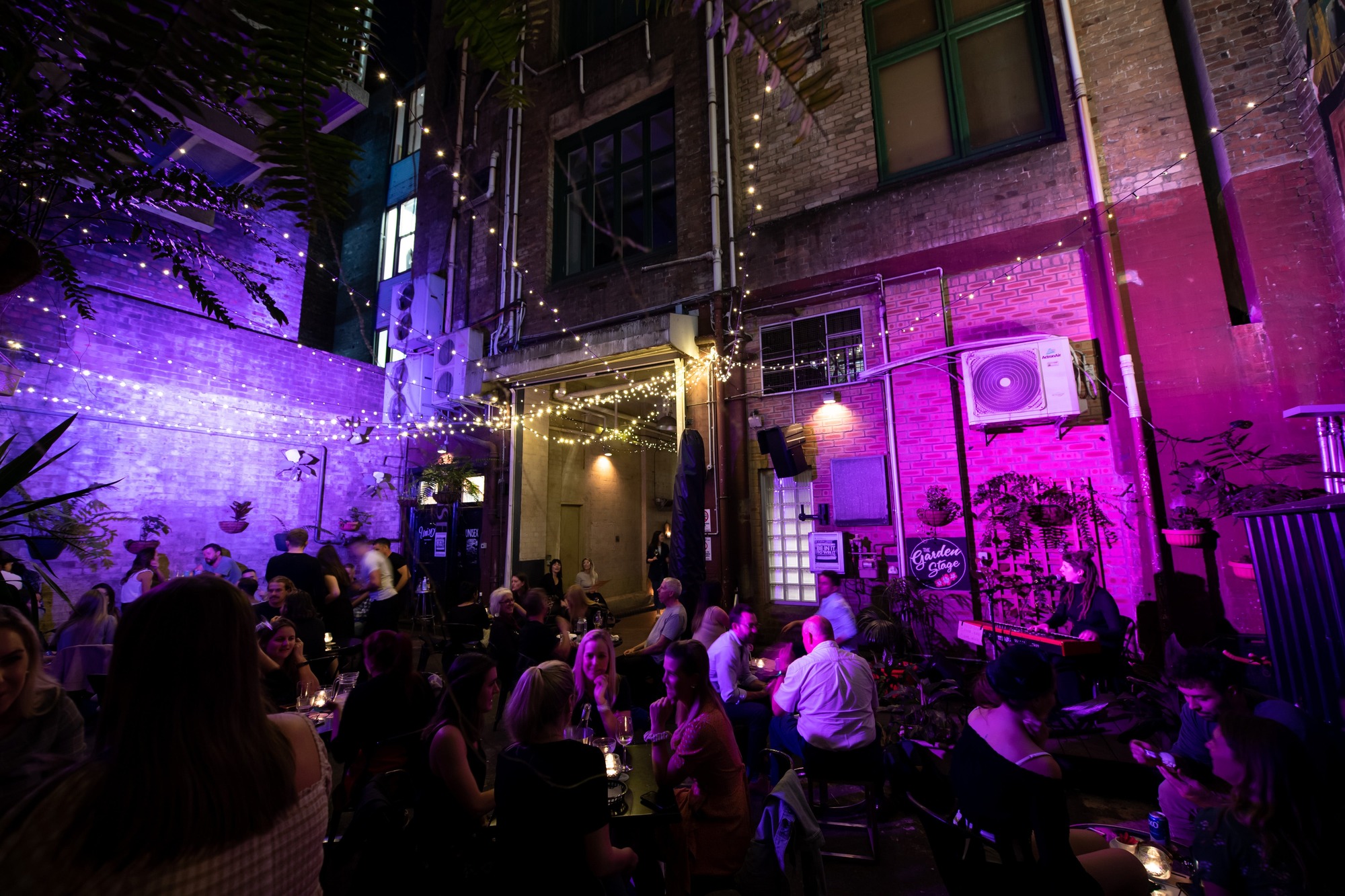 News 2 days ago | BY Destination NSW

Since I Left you, SILY, Sydney Solstice 2021, Sydney CREDIT: Time Out and Cassandra Hannagan

15 bars in the CBD’s buzzy new small bar precinct around York, Clarence and Kent streets, known as YCK Laneways, includes Sammy Junior and Since I Left You.

Live music paired with stargazing at the Sydney Observatory. Winemakers at Aria showcasing NSW’s vibrant wine and food scene. Country music in Newtown. A street party in South Eveleigh with Kylie Kwong. The return of Sydney live music mecca, the Metro Theatre, plus an ice rink at Darling Harbour and interactive art installations and dance performances in Chinatown laneways. These are among program highlights announced as part of Sydney Solstice, a brand new winter event curating top picks from Sydney’s world-class hospitality, music and creative industries and thriving night-time economy.

The Sydney Solstice event will be held from 8 to 20 June this year, and the eclectic line-up spans two weeks and more than 200 different experiences at popular Sydney restaurants, pubs, precincts, art galleries, museums, and live music venues across the CBD, Darling Harbour, Newtown, Oxford Street and surrounds.

The Sydney Solstice Moonlight Sea Kayaking Experience is no ordinary lap around the harbour: this is the first time that the public has been allowed to kayak through this memorable and beautifully illuminated stretch of the city. 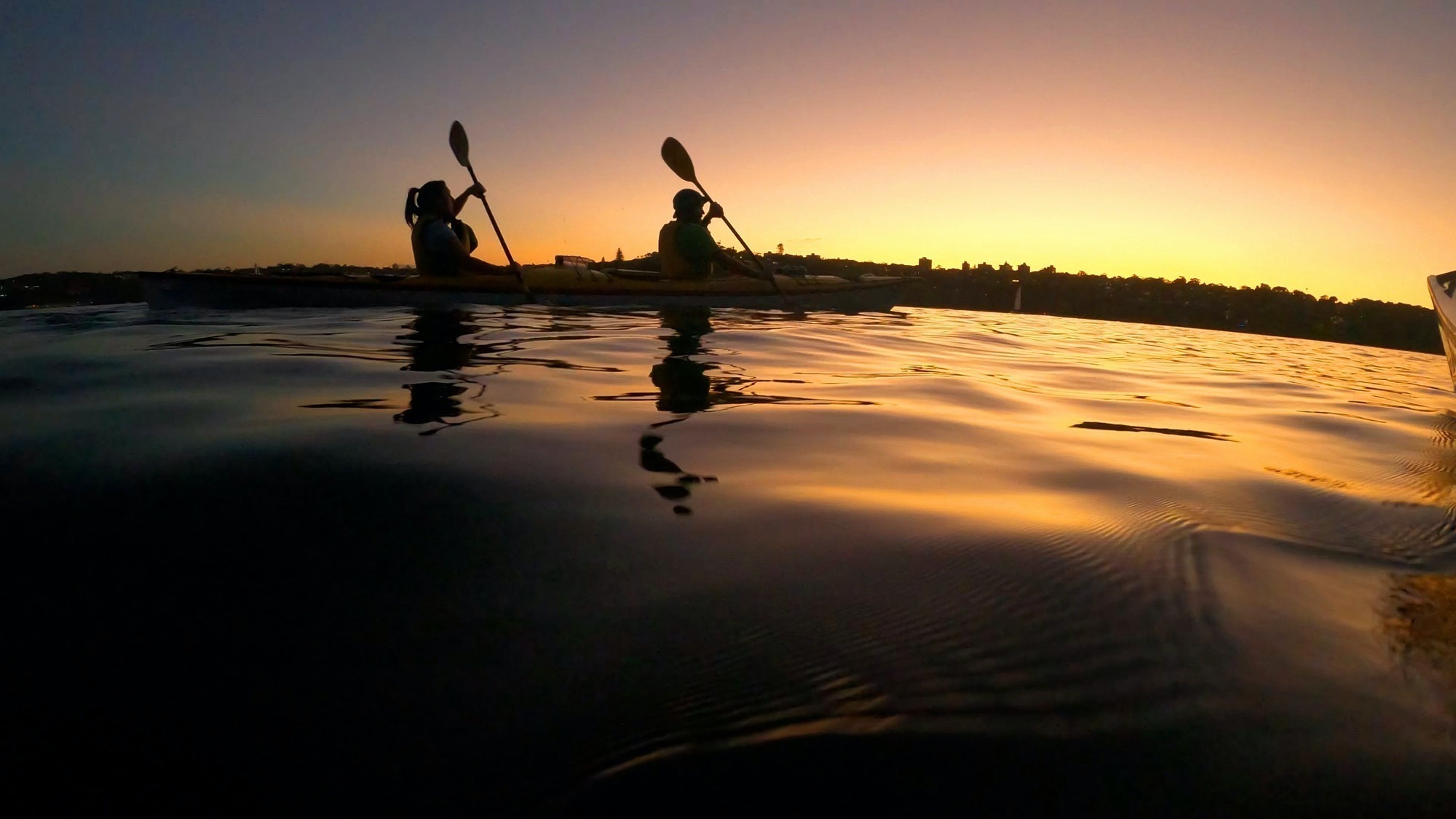 The Sydney Solstice Moonlight Sea Kayaking Experience is no ordinary lap around the harbour: this is the first time that the public has been allowed to kayak through this memorable and beautifully illuminated stretch of the city.

Minister for Jobs, Investment, Tourism and Western Sydney Stuart Ayres said the event program was set to stimulate the Sydney visitor economy during the winter period by encouraging Sydneysiders, NSW residents and visitors to get out and explore Sydney.

“The NSW Government remains committed to the revitalisation of Sydney CBD and surrounds and we are thrilled at the response and interest from local Sydney businesses with more than 150 venues and hundreds of artists, chefs and performers participating in Sydney Solstice.

“We anticipate Sydney Solstice will attract many locals and visitors to Sydney, and particularly, the four key precincts activated as part of the program. This is incredibly positive for so many businesses that were affected by COVID-19 restrictions to help support their recovery, as well as the community, who are looking for new ways to rediscover the Harbour City and restore their social calendar to its pre-COVID heights.

“Winter in Sydney is heating up this year. We are activating a wide range of venues across four precincts, some of which have not been open for public enjoyment for some time, across a broad range of interests. There’s never been a more appealing invitation to eat out, see a show, have a drink or embark on a new adventure in Sydney,” My Ayres said.

"We’re breathing life back into Sydney again and events such as Sydney Solstice not only drive foot traffic to the CBD and surrounding precincts, they create jobs and energy in the business community,” Mr Perrottet said.

Oysters at ARIA, where Aria After Dark will be serving up NSW Winemaker sessions celebrating the state's food and wine scene. 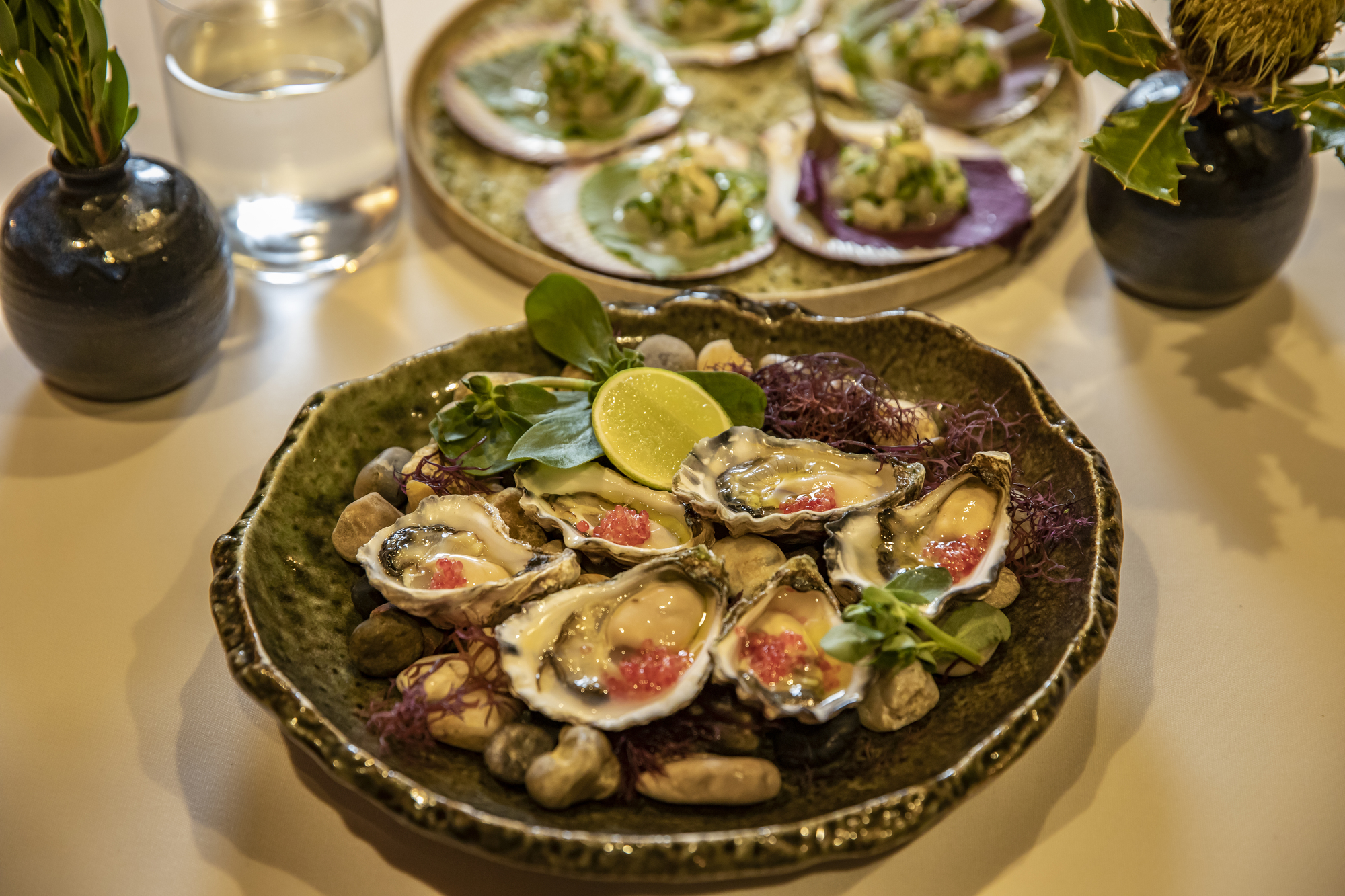 Oysters at ARIA, where Aria After Dark will be serving up NSW Winemaker sessions celebrating the state's food and wine scene.

The program is available here, with additional Sydney Solstice highlights from each of the four Sydney precincts revealed below: 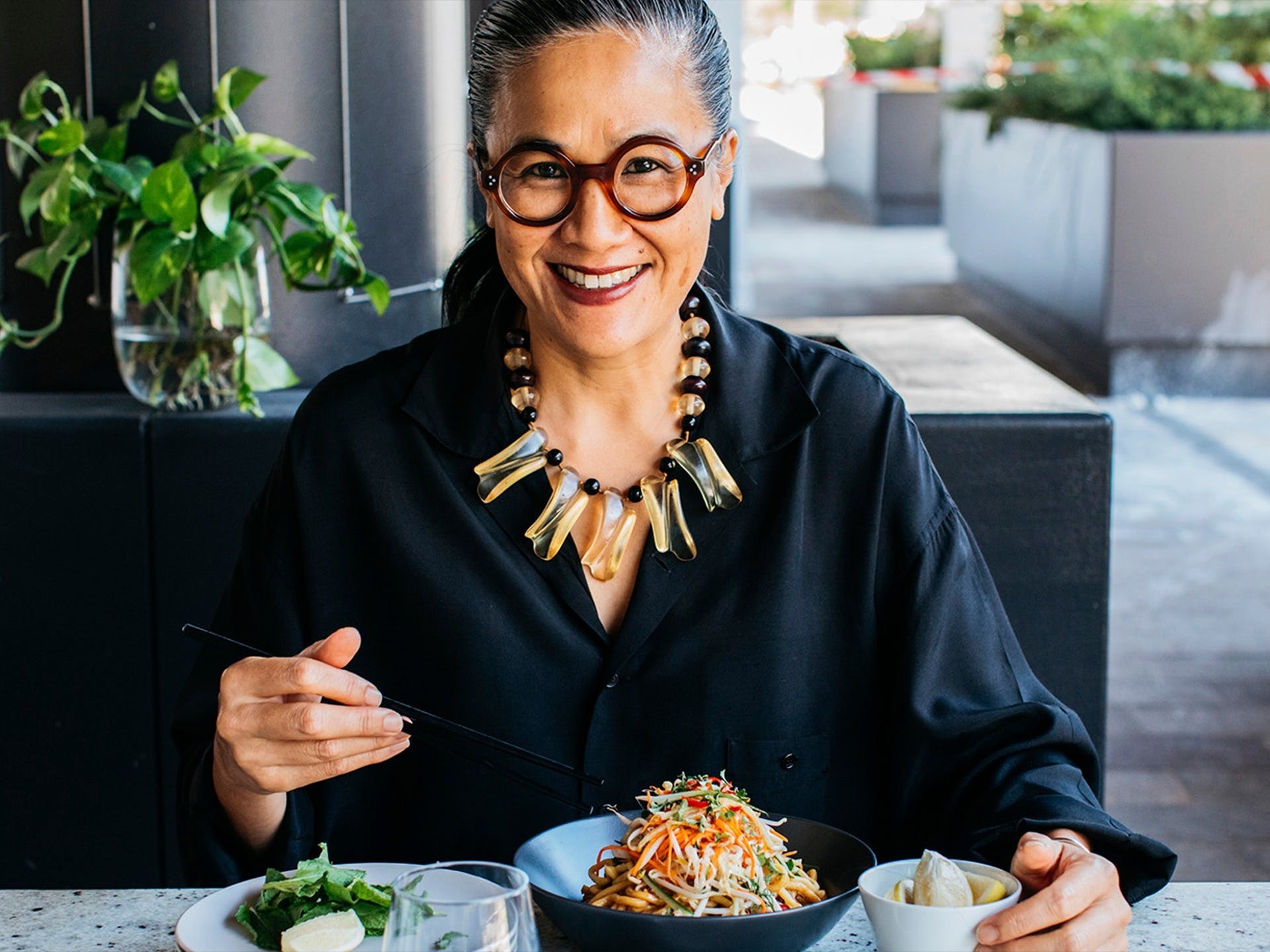 Re is a regenerative drinking experience built in the shell of a former historic Locomotive Workshop building. 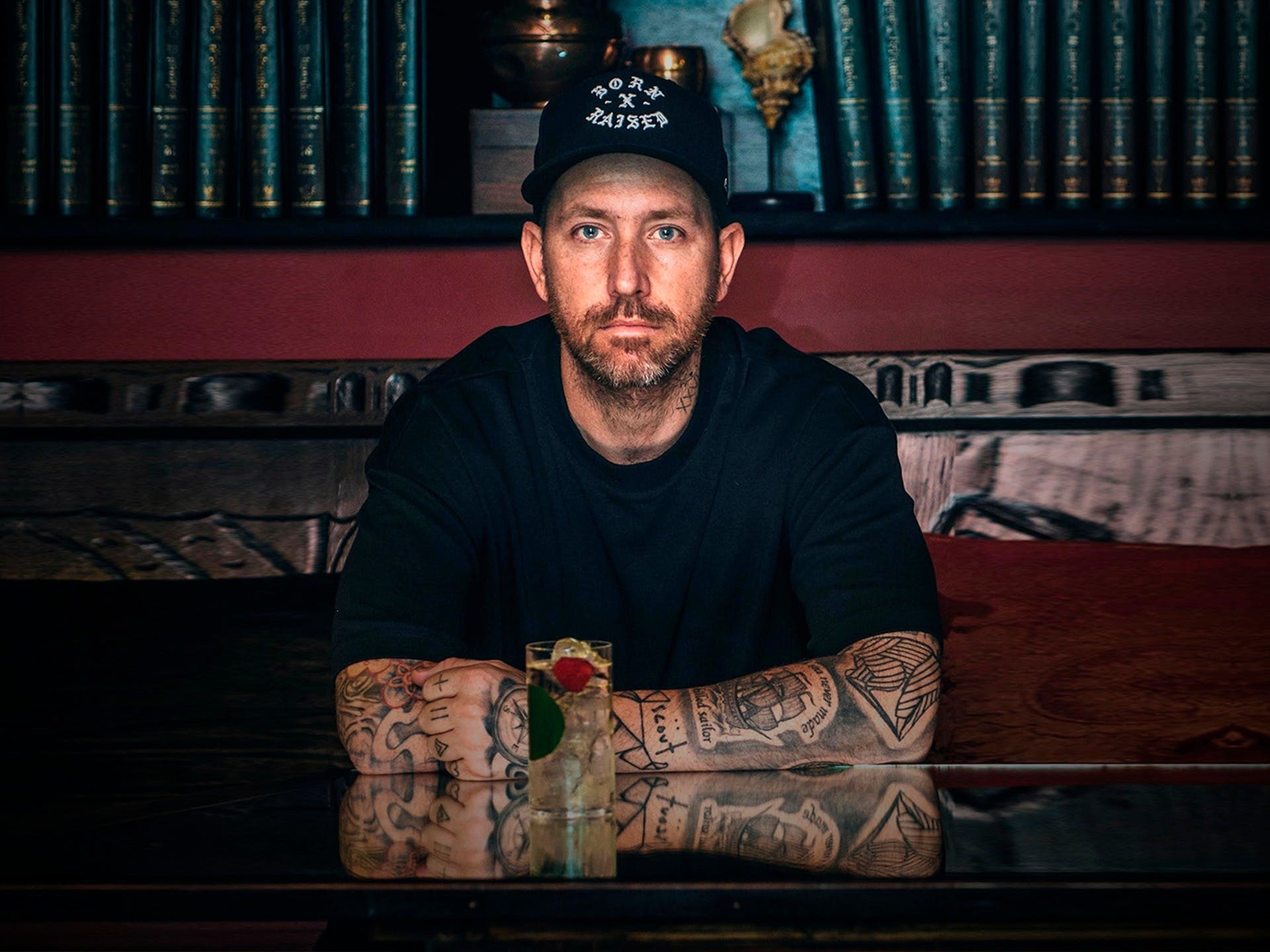 Re is a regenerative drinking experience built in the shell of a former historic Locomotive Workshop building.

Restaurateur and South Eveleigh ambassador Kylie Kwong says: “It’s really important that we keep driving Sydney’s recovery and to celebrate all of the beautiful things we love about this city. For me, I’m really looking forward to bringing in the cultural community of Sydney through food and drinks, music, art and First Nations culture. I really feel that this program is such a beautiful way where we can all come together and collaborate through the winter-time.”

ALL ASSETS ARE FOR EDITORIAL USE ONLY AND MUST BE USED IN ACCORDANCE WITH OUR TERMS AND CONDITIONS.


Want visual assets for non-editorial use?
Try our Content Library instead.

This access will help Destination NSW manage copyright owner rights, provide you with digital assets, keep you updated with new information and improve your user experience.


You can unsubscribe at any time.